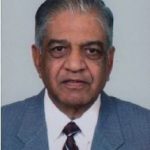 After completing his M. V. Sc. And Ph. D. in Animal Nutrition from IVRI he worked with large organizations like Amul, Cyanamid India and BAIF. He has also been a consultant to the Indian Council of Scientific Research and National Dairy Development Board, Anand; as well as International organizations like the FAO and the World Bank. Prof K.M.L.Pathak is a Veterinary and Animal Scientist of National and International repute with more than 39 years of working experience in premier institutes in India and abroad. He did his B.V.Sc.&A.H.(Hons.); M. V. Sc. and Ph.D. from GBPUA&T, Pantnagar. He obtained Post- Doc in Biotechnology from University of Salford, UK. He distinguishably served as Deputy Director General (AS), ICAR and Vice – Chancellor, DUVASU, Mathura. He has both bench work and administrative, financial and managerial experience especially in frontier areas of veterinary & animal science. He has got one patent, authored more than 132 publications and seven books. He is recipient of several Awards and Honours including Doctor of Science from two prestigious Veterinary Universities, Life – time Achievements Award, ICAR Gold Medal, Distinguished Veterinarian Award, Agriculture Leadership Award and Best University Teacher Award. He has been President of National Academy of Veterinary Sciences. He is the Fellow of NAAS, NAVS, IAAVR and UPAAS. He has represented the country in several International Fora in more than 20 countries. 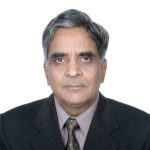 Having completed his M.V.Sc. and then a Ph.D in Veterinary Medicine, Dr. Swarup has over 3 decades of experience working with the Indian Council of Agricultural Research. He has been member and chairman of various committees of the Central Government and State Governments. He has been editor of the Indian Journal of Veterinary medicine and is associated with several other prestigious Publications and has been president of the Indian Society of Veterinary Medicine. Recipient of several awards and honours including ICAR- Hariom Ashram Trust Award, Shri Ram Lal Agarwal National Gold Medal. 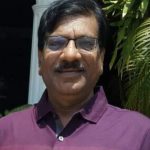 Dr. Abdul Samad completed M.V.Sc. from Bombay Veterinary College and Ph.D. from the University of Guelph Canada. Educationist and researcher superannuated as Dean and Director of Instructions Maharashtra Animal & Fishery Sciences University. Currently, he is the founder Director of Vetware Private Limited and also guiding the portal. 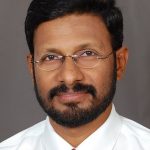 Dr. Kulkarni has M.V.Sc. and a Ph.D. in Vet. Physiology and Biochemistry, with an additional course in Journalism and Public Communication. He has authored several research papers and manuals and brings his experience in Climatology and Migration studies to the team. Dr. M. Srivastava has completed his M.V.Sc. and Ph. D. in Vet. Medicine, Ethics, and Jurisprudence. He is an assistant professor at the College of Veterinary Science and Animal Husbandry, Mathura. He has several research articles and clinical articles to his credit. Dr. S. Gaikwad is an Extension Officer with Govind Dairy, Phaltan, with work on low cost loose housing farms, hydroponic fodder production, and other innovative dairy farming methods. He has been awarded the Best Extension officer award in the year 2013. He brings to the team his experience in the Indian Dairy Industry. 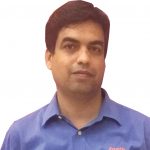 Dr. Vijay Muley completed his M.V.Sc. in Veterinary Medicine from the Maharashtra Animal & Fisheries Science University, Nagpur. He was awarded Gold Medal for ranking 1st in the Order of Merit in 2003. He is currently Heading Marketing and Technical role for Veterinary Division at Vetoquinol India Animal Health P. Ltd, Mumbai. Dr.Muley previously worked with reputed organization like Zoetis India limited as Head-Technical Ruminants and Group Product Manager with Alembic and Wockhardt Animal Health. With over a decade of experience in Animal Health Pharmaceuticals. He brings valuable insights to the IndianCattle team from the Animal Health Industry perspective. 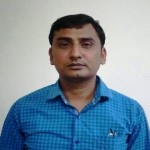 Dr. Rajesh Kumar has completed his M.V.Sc in Animal Nutrition. He is a Teaching Associate at PGIVER College, Jaipur. He has authored numerous research papers, review articles, manuals and blogs in English and Hindi. He has trained more than five hundred farmers in the field of productivity enhancement in livestock. Guide the team in social marketing and technical coordination Her responsibility includes supervision of the team, website development and coordination with the Trust, consultants and Editorial Board.